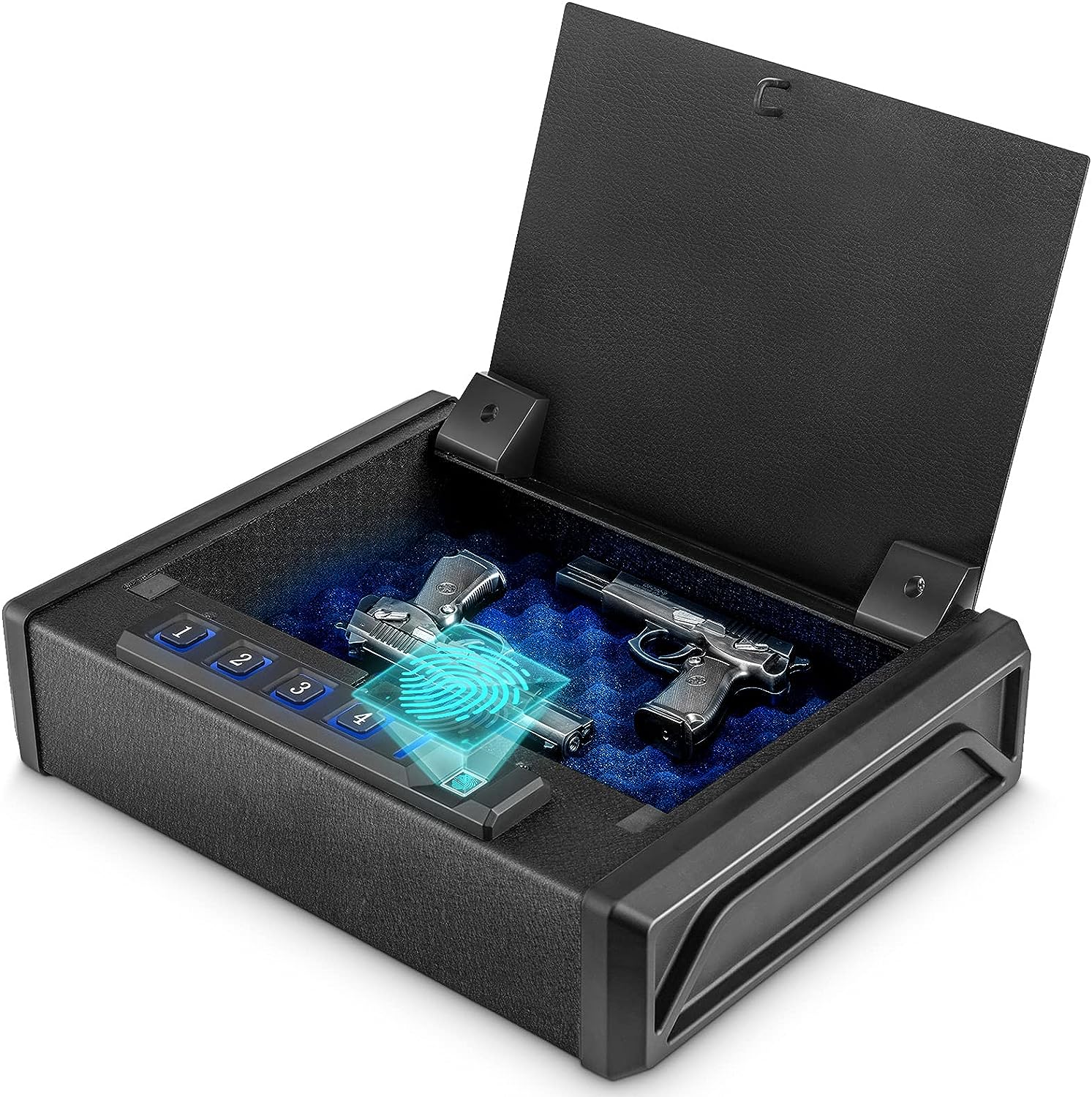 1* pistol safe quick access
2* spare keys
1* owner's manual"br" 2* ancher bolts for mounting"br" 4* new AA batteries"br" 1* security cable"br""br""b"Steps for usage:"br""br" Press the intact logo plateon, remove the logo plate and insert the emergency key Turn the emergency keyang the door opens upwards, after opening the door; the battery box and the set button can be seen inside"br" Remove the battery cover and load the battry according to the battrey polarity, cover the battery cover back"br" Original password:1234/Initial arbitrary fingerprint is invalid"br""br""b"Set password"br""br" Press the set button in the box once"br" Entre a new password and press the set button, the buzzer "beep"will sound long and the password will be set successefully "br""br""b"Register Fingerprint"br" Press the set button in the box once entre the same figerprint 3 times in a row the buzzer "beep"sounds long and the fingerprint setting is successful "br""b"safety rope installation"br" open the door and keep it at about 45 align the safety rope fixing head with the mounting hole insert diagonally close the door and complete the installation"br"